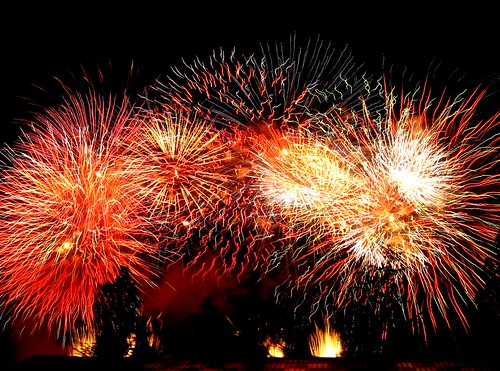 2012 was an interesting year for me, it was my first full year at SEOptimise and it changed dramatically throughout the year. Back in February I was made Search Manager (Oxford Office) alongside Chelsea Blacker (London Office) as SEOptimise started to grow significantly. This change was tough to start with, but as time went by things got easier, the quality of work returned and surpassed the previous high standards that were set and things we great.

Then, in June 2012, we were hit with the news that Kevin was leaving SEOptimise to concentrate on a new venture with Quaturo. This came as a bit of shock to everyone, but we understood his reasons for leaving. Kevin, was one of the biggest reasons that I went to SEOptimse and turned down a number of other roles, so I was a bit gutted to see him leave, especially as we hadn’t worked that closely together on many projects. Although Kevin was a loss to SEOptimise, it provided me with a huge opportunity as Stuart asked me to carry on the work Kevin had started.

Working with Matthew Taylor, we had the opportunity to develop the digital proposition at SEOptimise in a way that we felt was right for the business, to enable us to hit the goals that had been set. The next 6 months were hard work, lots of hours put in and a few late nights and early mornings but the rewards have been worth it. The company is as strong as ever, with some big client wins, awards and recruitments SEOptimise will be a great company to work for in 2013.

Anyway enough about 2012, what about 2013? What are the things that I am going to do that will improve who I am, both personally, and professionally?

Well last year I set quite a few goals, some that were un-realistic, some that I achieved and some that got put on the back burner. This year I have chosen four goals that I hope to achieve in 2013, that I believe will allow me to achieve everything that I want to do this year.

For those that know me, I think that they would agree that I need to do this. In 2012 I worked a ridiculous amount of hours, according to our tracking software I recorded a total of 1,790 billable hours in 2012. Looking at that figure it looks about right, but, throughout the year I have either forgotten to add some hours or have deliberately chosen not to add the hours that I have worked in my spare time, meaning you could probably add another 300 hours on to that total, which excludes holidays!

In 2013, this all has to stop. I love my job and I wouldn’t change it, but I need to bring more of a balance to my life otherwise I would just run myself into the ground. I am not saying this is going to be an overnight change, but by looking at the way I work, time and people management, as well as giving more responsibility to the team around me this should be easily achievable.

At the start of 2012, I started to contribute regularly to the SEOptimise blog, Search Engine Journal, as well as my personal and OxonDigital blog. Unfortunately as time went by and I was given more responsibility at SEOptimise my blogging started to dwindle, not because I didn’t want to, but because I no longer had the time I once had to dedicate to writing decent content.

In 2013, I will be putting more emphasis on writing more regularly, setting myself a minimum of 2 posts per month. Ideally I will be writing more as time goes on, but as long as I hit a minimum then I will at least be getting started. This includes writing more on this site, as well as contributing more regularly on OxonDigital and the SEOptimise blog. Apart from those sites, I would also like to continue to contribute to Search Engine Journal, as well as trying to publish on Search Engine Watch, State of Search and eConsultancy. If you are interested in me writing a guest post for your website, please let me know and I will see what I can do. 🙂

Ever since I came to SEOptimise I have always wanted to do conference speaking, and it is still something that I want to do. I am not looking to become a superstar conference speaker or even be paid for doing it, that doesn’t interest me. What interests me, is standing up in front of an audience and talking about something new, something that hasn’t been rehashed 4 or 5 times that year for different conferences.

That might mean that I don’t necessarily speak at the main stream conferences such as SMX Advanced, ThinkVis or BrightonSEO, but look for more niche conferences that will provide the audience with more benefit. Don’t get me wrong, if I have something to say that I feel hasn’t already been discussed or blogged about til its death I will pitch to speak at some of these events, whether I get accepted is another thing.

If I get the chance to sit on panels at places such as IonSearch or SAScon as I did in 2012, answering specific questions that the audience throws up, then I would jump at it as I quite enjoy that type of event. If you do have any opportunities or openings then please let me know.

Continue to Improve and Evolve the SEOptimise Digital Team

Since Kevin left, we have changed the structure of the team quite dramatically, to a way that I feel better suits the changing search landscape, but better equips us for future growth and evolution. Putting in place fluid processes, creating internal tools and ensuring client success is a key focus to that change.

Although not an overnight solution, the work that we have started will benefit SEOptimise in the long run enabling us to hit one of our goals in becoming one of the best search agencies in the UK. More hard work is ahead and with some further senior appointments due early in the new year, I personally think that SEOptimise has a bright future, starting in 2013. During 2013, this is going to be a big focus for me as I have been given some tough targets. With the support of the team and continued commitment of Stuart, I believe that all the goals that have been set will be achieved.

So there you have it, the four goals that I hope to achieve in 2013. Do you have any goals or new years resolutions for 2013? I would love to hear them below in the comments and/or on twitter @danielbianchini. – Happy New Year!